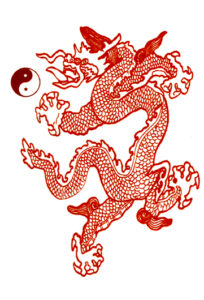 Many of my students have successfully physically and mentally challenged themselves in extended 4-6 hour training sessions and even several annual all-night (10 pm – 6 am) workout events. The students are introduced to the concept of overcoming physical and mental barriers early on through military and martial calisthenics and walking drills as preparation for these marathon workouts. Goal setting and then “raising the bar” are ways to increase your martial as well as your individual athletic capabilities in a step-wise and regimented and safe fashion. Commonly I get looks of disbelief from martial artists and non-martial artists alike, and then questions such as, “What do you do that for?” and “Why would you want to do something like that?”

The short answer is that a martial artist – a warrior – can and should continue to seek out physcial and mental challenges because as martial warriors, aren’t we training to do just that? Setting challenging goals, doggedly increasing your training capacity for weeks or even months, and then working towards the challenge completion is a valuable way to learn patience and persistence, while learning how to set and attain intermediate and long-term martial goals. This concept also coincides with most martial arts sash and belt promotion programs that set attainable goals in a short-term to long-term fashion.

Authors Draeger & Smith in Comprehensive Asian Fighting Arts describe these promotions of fighting spirit gleaned from Chinese writings as “Tuan-lien” and “San pu-pa ching-shen”. ‘”Tuan-lien” [translated as “Steeling”] implies the overcoming of obstacles and means much more than “hsun-lien” (“training”)'”. ‘”San pu-pa ching-shen, [translated as ‘The Three No-Fear Spirit”] means an athlete should continue training irrespective of hardships, fatigue, or injury. The authors also describe the “Tough or Resolute in Five Respects” theory. Translated as “Wu-kuo-ying” “‘ The five precepts are that an athlete should (1) be unwavering in ideology, (2) keep up his physical fitness under all circumstances, (3) master the skill of the game, (4) never flinch from arduous training, and (5) do his utmost in contests.'” Not only is the body taxed in a “Tuan-lien” challenge, but the mindset of conquest versus defeat may also be taxed to one’s limits.

Forrest Morgan, in his book Living the Martial Way, describes the karate training ritual of “shugyo”, an extreme challenge that taxes the mind and body of its particpants. Professional and amateur athletes alike are encouraged to extend their personal and training barriers just one more time. Even in my group fitness kickbox classes, I encourage non-martial particpants to prepare for 1000 kick and more challenges. In the last year, I have had group classes complete 1109, 1250, 1350, 1709, and 2003 kicks! in a one hour class. Physical and mental preparation is the key to “exercising the warrior mindset”.

One of my students who is preparing for his Brown Sash testing recently made some observations about “root” and “sinking” in regards to the Tai Chi Ch’uan movement known as “Press”. See the “Lore” page for his insights.

Here is my response.

Perhaps I can add a little “food for thought”. The key to gaining the forces going down (simulating the elevator going up and you sinking down) is to relax into the “Bubbling Wells” of your feet. This is also the point called Kidney 1, of the Kidney meridian. It is almost in the center of the middle of the sole of your feet. The quicker you sink or relax into those points the more quickly that you establish root and body unity. Try not to visualize that you are pushing against the ground, but rather allowing your body to relax so much that it is as if you are melting your body into specific points of attachments to the earth. The next time that you ride the elevator upwards, try to hold your self up with the minimum of effort and see how heavy your feet press into the ground; especially in a fast elevator.

By the way, that feeling of pressing into the ground as the elevator is going upwards is the same that you should feel when pressing into the opponent. The same feeling that you felt when the elevator was going downwards is the same feeling that your opponent should feel when he is trying to press you and you are just falling away. Pretty neat, huh?

One of my hard working and dedicated students recently asked me about the rationale for the continued use of walking drills as he completes the material for Green Sash.

Walking Drills in Lung Ch’uan Fa are utilized for many reasons. Essential qualities of a martial art include balance, coordination, focus, and body structure. Solo walking drills, without using noticeable power, prepare the martial artist to perform the individual techniques and enhance these qualities without the added factors of an opponent. As the student becomes more adept at the the use of the technique, more and more power is added. At a certain point of improvement, a partner is added to rediscover the subtle nuances that make this technique work. Then gradually more power is added to the formalized training until close to full power is attained. Gradually with a lot of practice, the technique can then be utilized in a random encounter with classmates. Depending on the understanding of the technique and the willingness of the student to try this technique on other martial artists, it may then be added as a potential defense against an attacker. There are many steps to claiming proficiency with a specific technique and it requires thousands of repetitions and the proper mindset done with each individual walking drill. The short answer is keep practicing the walking drills if you want to gain proficiency with the techniques that this style has to offer.

One of my students recently commented about his past style’s unwillingness to show applications from their forms. My response follows:

Take heart about the level of your understanding about the forms and techniques that you learn from any teacher. Do not blame the teacher, fellow students, or yourself for what you see as a void in the training of a martial artist if the teacher doesn’t show you everything that you want to know. There are different reasons or rationales for the information that a teacher will pass on to his students. It may be as simple as when a student is ready for the new information he will be given it. Sometimes the teacher may withhold some information so that the student will not injure himself or others until he can responsibly utilize it. Alternatively, many arts mask their techniques within their forms and leave it pretty much to the individual to discover their practicality. Also, there are many different levels of understanding within a seemingly simple movement. Sometimes these “secrets” are revealed to their senior students when they have proven their loyalty, and other times it is because the teacher may not want to divulge the info to keep his own position secure. The flip side of the coin is that teacher really does not have a good idea about the rationale for the forms.

In any regard, rote practice, but not mindless practice, is a must to further your understanding – 1000’s and 1000’s of repetitions. the mind and body must be joined together in practice, especially solo practice. Your sense of enemy must be realized continuously if you are to get any benefits from solo form practice. Remember that the mind is relatively unconnected during the actual application of a technique unless your skill level is so high relative to your opponent or the speed is markedly reduced. Only through consistent practice, visualization, and focus of intent can you expect to be then able to practice it with a partner and gain the practical expertise that you seek.

A Shi-Fu is a Chinese Term for “Learned Man” and more colloquially translated as Master/Instructor/Teacher. It is used commonly in the martial arts community, but can also be used with teachers of many professions and philosophers as well. Traditionally in the Far East (especially China) though, in martial arts it is reserved for the individual who is at least 42 years of age and has trained consistently for at least 25 years. In the western world, the term has been more loosely defined to mean the Teacher/Instructor/School Owner. Some American styles prefer to use the term Master and Shifu interchangeably, or even differentiate between a Master and a Shifu as two steps on the same promotion ladder, but as you see above, the terms do have a different connotation, depending upon the length of training time of the teacher. Sifu Moffett has 40 years of training in the martial arts.

How is it that an unskilled attacker or competitor can overcome a skilled martial artist?

According to historical information relayed by Dr. Yang Jwing Ming, there are three aspects of fighting that must be resolved in the mind of a martial artist. These three aspects are bravery, power, and technique.

BRAVERY: The brave fighter, without formal martial art training and without regard for personal safety, may overwhelm the powerful or technique oriented fighter. This is true, because the lack of fear and hesitation may create an overwhelming strength of purpose that may not be thwarted by power and technique alone. Solution? Cultivate Bravery – determine your weaknesses, challenge them and use these new found strengths as foundations for confidence. Challenge yourself with ever-increasing workout levels, i.e. 1000 kick workout; 2000 step walking drills; or even an all-night workout. Breaking these physical barriers will add confidence and fortitude and inner strength to your martial arts.

POWER: A powerful attack from an unskilled practitioner may overcome the techniques of a skilled martial artist. This is true because the unskilled attacker may not be conditioned to believe the power or possibilities of the power of the skilled techniques of a martial artist and can “take a punch” and then overpower the martial artist. Solution: Cultivate Power. Be realistic about the application of power. Without the additional skills of timing, coordination, focus, and correctly applied force, the power will not be concentrated.

TECHNIQUES: Many martial artists are attached to their own belief that their techniques against an attacker are powerful, because they can break boards or concrete or they can demonstrate powerful forms, and they can effectively subdue their students or tournament opponents. This misplaced belief or overconfidence may cause him to be be subdued by the power of the unskilled fighter who does not respect any powerful techniques, “belts”, teacher status, or how many boards or bricks can be broken. Solution: Cultivate Techniques. Simplify and be assured that the only techniques you will apply when it is necessary are those that you can do without thinking.

These three aspects of fighting must be resolved in the mind of the martial artist, and especially must be resolved in the mind of a teacher of martial art, because the martial artist/teacher must have the resolve in his own application of techniques in order to overcome the brave or powerful and less skilled fighter or martial artist. It also behooves the instructor to provide reality checks for his students in order to insure that they can really protect themselves against the brave or powerful unskilled fighter who does not regard or respect the martial skills applied in the training area. As one guideline from the military is said, “Be technically and tactically proficient.”